Adapted by Tim Kelly, from an original story by Francis Hodgson Burnett
A family musical with a cast of both children and adults 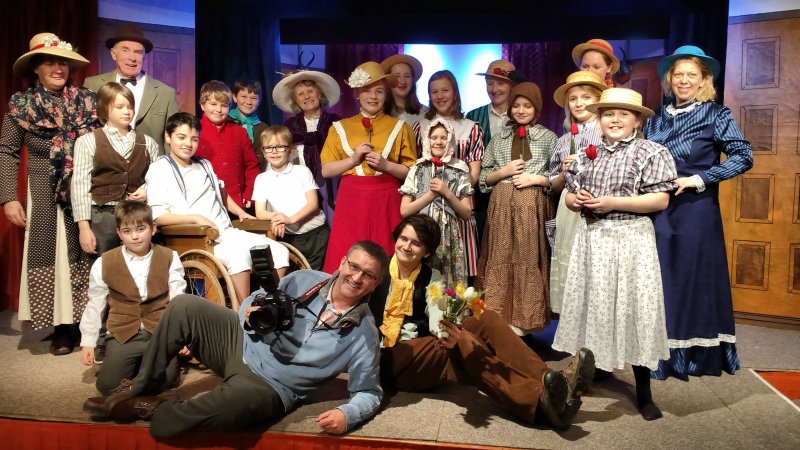 The recently orphaned Mary Lennox, a spoilt and disagreeable child, is sent from her home in India to live with her uncle in England. Here in Misselthwaite Manor she is told she will no longer be spoiled and that her uncle, a sad and lonely man who spends most of his time travelling to forget his grief, is unlikely to see her.

Kept from sight is Mary’s cousin Colin.  All his life he has been treated like a fragile , sickly invalid.

One day, whilst exploring the extensive grounds, Mary discovers her late aunt’s garden, now locked and neglected.  Fascinated by this ‘secret garden’ she enlists the help of Dickon Sowerby to restore it.

Not only is the garden brought back to life but a feeling of hope and happiness  returns to Misselthwaite Manor.

A mixed age cast, numbering more than thirty, brought this musical adaptation of this well-loved story to life. 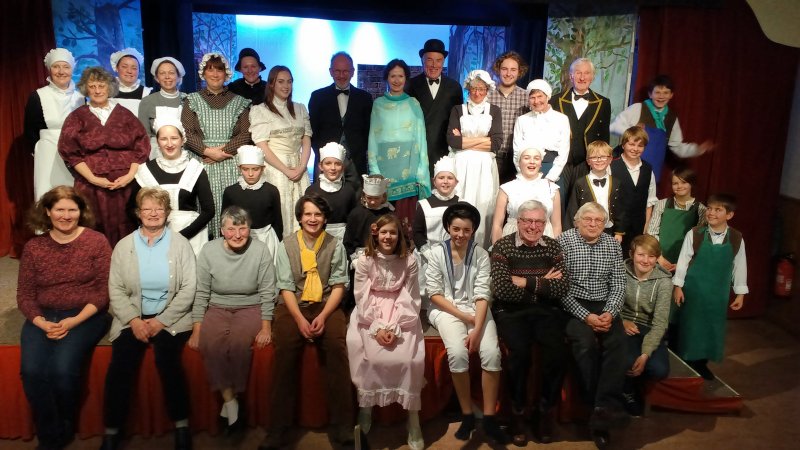 The Cast and Crew of The Secret Garden